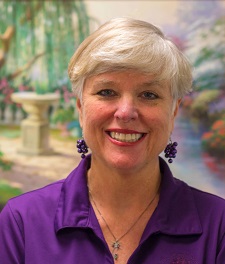 I am Dana Merritt, M.S. CCC-SLP and I specialize in the diagnosis & treatment of auditory, visual, & motor processing disorders that cause delays in speech, language & learning. I love Fast ForWord and Reading Assistant. They are vital tools that I use to help the majority of my patients. I am grateful to be the Spotlight Provider for the Fall of 2017. Scientific Learning had an annual conference called Visionary that has helped me become a better clinician by giving their Providers a peek into the newest research. I would strongly encourage all Providers to attend. As a direct result of my experiences and what I have learned, I have developed a unique phonics program called A Time for Phonics that utilizes Hebbian learning to activate the students’ “eye gate,” “ear gate,” & “motor gate” to drive neuroplasticity for reading, writing, spelling and vocabulary. The key to driving neuroplasticity is through providing experiences that maximize Hebbian learning. My favorite way to explain this is: “What is wired together is fired together.”

I have been a speech-language pathologist since 1980. My specialty had been working in rehabilitation with patients who had suffered neurological damage due to a stroke or traumatic brain injury. I had a renewed interest in Developmental Language and Learning Disorders in 1995, because of my desire to help my oldest son overcome his dysgraphia. I had proffered to be trained by a Behavioral Optometrist by saying “If you can fix this problem of his inability to write, then I want to be become trained as a Vision Therapist.” It worked, so I became a Vision Therapist.

Simultaneously, my other son was in the second grade and showing severe difficulty learning how to read. He did not have a Visual Processing Disorder. I was flummoxed. I started doing research on Auditory Processing Disorders and ways of remediating Reading Disorders. I heard Dr. Paula Tallal in March 1997, explain how a child as young as 6 months of age should be able to hear sounds as small as 30 milliseconds to discriminate the phonemes (/b/ – /d/, /f/ – /v/). This amazing temporal processing ability is the direct result of correctly hearing conversational speech. I suspected that my youngest son could not do this task. He had suffered from reoccurring middle ear infections starting as an infant. I had questioned my pediatrician about the need for Pressure Equalizer tubes, but he said, “No, just have him take this medicine and the otitis media will resolve.” Well the infections did slowly resolve, but the intermittent, temporary hearing loss continued to interfere with his ability to acquire those skills described by Dr. Tallal. My youngest son could not rhyme, he could not say the alphabet without getting some of the letters confused, and he could not learn how to read. Later, testing verified that he had an Auditory Processing Disorder.

I was desperate for help. Dr Tallal explained how she and Dr. Michael Merzenich had developed Fast ForWord to drive positive neuroplasticity for children so they could learn how to capture smaller and smaller pieces of sounds that moved closer and closer together, to within 10 ms inter-stimulus-intervals. After hearing Dr. Tallal share about her research proving that this inability to capture small pieces of sounds interferes with the acquisition of vocabulary, articulation, syntax and the learning of phonics, I knew “I would never be able to do speech therapy in the traditional way that I had done before.”

So, on March 12, 1997, I opened my private practice named Merritt Speech & Learning. My son was my first Fast ForWord patient. We were both learning how to do this new computer program. Some of the games he liked; some of the games he did not. He was sad that he could not hear the difference between /be/ and /de/ in one particular game. I wanted to cry because this had to work! I had already wasted money on every phonics program available at that time and none of them worked for him. I said “Well, just keep playing the games.” Amazingly, once he progressed in his ability to hear smaller pieces of sounds in the “Space Racer” or “Sky Gym” type game, he could begin to hear the differences in the /be/ and /de/ sounds. I wanted to jump for joy. He is going to be able to learn how to read!

Even though it is important to hear small pieces of sounds, I also know that the manner in which the information is presented is critically important. As a Vision Therapist, I saw so many children who had a Visual Processing Disorder write their letters & numbers from the bottom up and had an aberrant pincer grip (for holding a pencil or picking up small items.) Furthermore, teachers had been trying to help students learn how to read by using word families, so these children were used to looking at the end of the word first and then guess what the word was. Improper writing, improper pincer grip, improper saccading of the eyes from the back of the word to the front could all be addressed at the same time. I looked anew at the 1000 most frequently used words and broke down the phonics into 20 steps. Using those steps, I can teach a child, adolescent, or adult the first ten steps of phonics and learn how to read even if they have an Auditory Processing Disorder. But that progress comes to halt until the student can hear multiple smallest pieces of sound. After Fast ForWord Language to Reading or Literacy Advanced has done its work, then I finish pouring the final ten steps of phonics into the students.

There is a part of the Fast ForWord program that includes Language Conventions. Some students have great difficulty learning how to discriminate between the “The fish jumps” and “The fish jump” as well as “The dolphin that is kissing the diver is entangled by the kelp.” This is even difficult for some adults. At Visionary we learned, “To make progress, you must do work because it cannot be all fun & games.” Eventually, as my students are progressing through Fast ForWord they start to hear differences in everyday conversations. One student described the difference by saying: “Everything used to sound foggy before. Now I can hear every sound.” I study the Progress History very closely because it is very informative. Once my student can hear the 10 ms difference, I start my unique grammar program. Once I publish it, it will be called A Time for Grammar. This program helps them understand and practice the nuances of grammar including our verb conjugations and even relative pronouns!

Every year, Scientific Learning offers the Annual Visionary Conference, (now called Brain Changers Conference)  for Fast ForWord Providers where Dr. Martha Burns starts off the conference with her “Neuroscience Update!” She has shared with us more information than I have been able to fully apprehend. Some of what I have learned from her presentations is the discovery of the Visual Word Form Area, and how the Autistic Spectrum Disorder is polygenetic. A couple of years ago she shared that Math is not just located in the right hemisphere; it is also innervated by the language areas of the brain. I was shocked! I had seen children really struggle learning to say the names for ’12’ vs ’20’ & ’13’ vs ’30’ etc. Now, realizing that math was also a language problem, I pondered “How can I help my patients who are struggling in math?”

I researched the Mandarin language and saw part of the answer. Children learning Mandarin frequently learn to count to 100 before they are 3 years old. Many also learn to write numbers at the same time. The Mandarin number words are much more transparent visually and verbally. The number ‘thirteen’ looks like “+” with three stacked horizontal slashes next to it and is pronounced as “one ten three.” The number “thirty” looks like this “+ + +” and it is called “three ten.” Language impaired children speaking English have a very difficult time learning all 28 root words and derivatives that are necessary to count to 100. Children speaking Mandarin have fewer words to learn and do not have any blends or multisyllabic words to bog down their auditory memory. Finally, I knew that the traditional typed font for the numbers 6 and 9 are very confusing for learning disabled children.

I took a whole new approach to all of these problems. I designed Math Made Fun Playing Cards to make math more transparent and fire up more neurons in the left and right hemispheres of the brain. I have also developed games and activities for students, so they become proficient in +, -, x, /, fractions, and even algebra. I recently had a college student say “I can see it now! I had never been able to really understand math.” I am currently writing my book that explains how to do this. It is called Brain Storming Math. So, I gratefully say: I am the creative clinician I am today as a direct result of my learning experiences and Scientific Learning’s Annual Conferences. However, it is more fun and effective to learn the Hebbian way, so please plan on attending the future Brain Changers Conferences.