The 300 most frequently-used words were analyzed and those words that were stealing other letter’s sounds were “arrested.” Those “rule breaking words” were then put in JAIL. These words do NOT follow the rules of phonics, so there will not be a picture for these words. They will be written on yellow and have bars over them. One or two words that do follow the phonics rules, but either look similar or sound similar, will be presented as a contrast to help drive the child’s analytical skills. 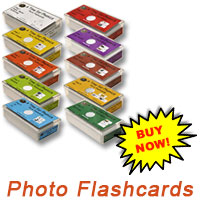